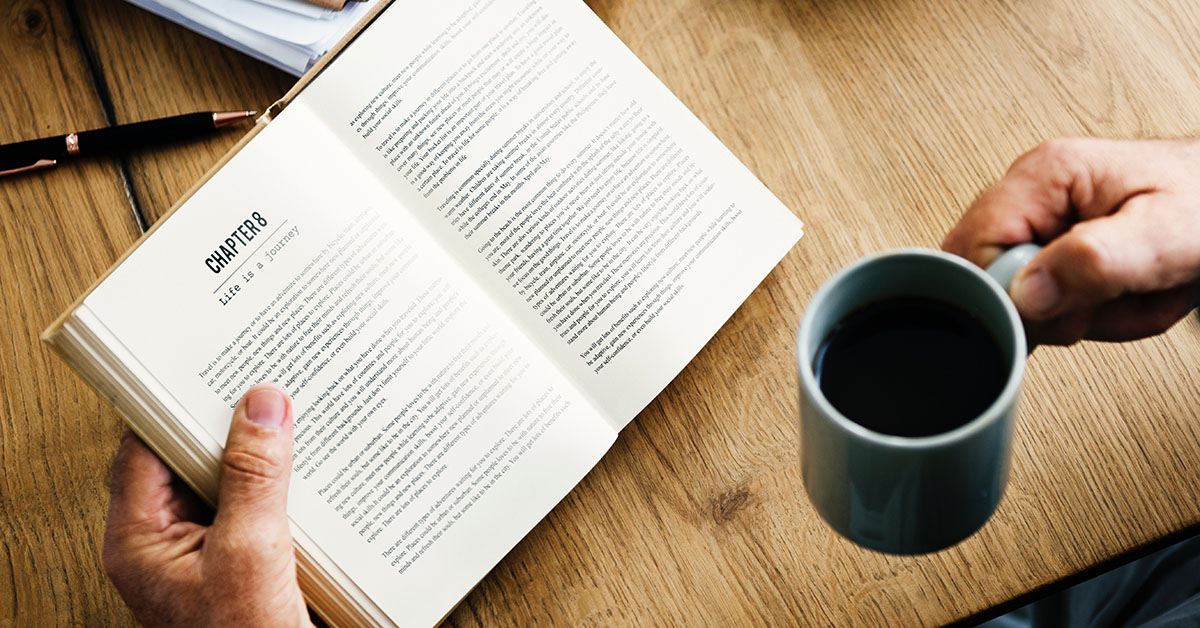 I stepped in the Kingdom on 17 September 2010. My first visit in KSA. I am here to deliver my priceless lectures for some time to the audience- my Saudi students of King Khalid University. I hope my readers can assume from this how I earn my bread and butter. Sometimes I am so predictable.

Before coming here, I was overburdened with a 51 kg sac of misconception about Saudi Arabia. Most of it was self imposed. I don’t blame anyone. What vexed me a lot was the question of entertainment.

“How will I pass my leisure time?” I asked myself.

First, I will read books. That sounds ok cause I will have enough time after my office hour, after serving the purpose of my strangely talented students. So I stuffed my suitcase with books of my likings and dragged it to the airport, pushed it into the famished plane. I felt gratified.

“What else can I do to have a quality time?”…. Chat?  With whom? With my ghost? I don’t think so. I am still alive. How can I mistrust my own heartbeat?  Listen …it pulsates. My Arabic is only understandable where people don’t speak Arabic. So chatting with any Saudi fellow is something extra-terrestrial.

First few weeks passed in this way. Sometimes I became nostalgic. I kept ruminating on all memories back in Dhaka. I missed all the alleys and bookstores that I used to visit, taking tea at the road side cheap tea-stalls, hours long Adda with friends, aimless walking around the city, window shopping with occasional buying goods of my liking, and what not. I missed everything Bangladeshi.

While I was under this spate of melancholy, one day way back to my hotel from university I discovered a nice cozy place called “Town Café”. On the first look I was impressed. Inside it was more beautiful than the outside. Young Saudi chaps were chirping, some were busy with browsing internet. Nicely cushioned red black chairs were arrayed in groups of four or six. Hesitatingly I stepped inside but the nice welcoming smile from the young manager gave me the inkling that this going to be my place to save myself from the onslaught of bleak lonely moments.

I went close to the counter. Before I had said anything, Harry, the young manager, greeted me in English. I felt immensely delighted. In Abha, my place, nobody speaks English except my colleagues in the varsity. If one wants to communicate here, one must learn Arabic. In Town Café I found the exception. I got myself introduced with Harry. He was a young chap from Indonesia. I asked him a lot about the café. Later on he showed me a corner quieter than others and beckoned me to sit there. I sat there for some time. After a while a man came towards me with a coffee menu. He asked me something in Arabic of which I didn’t get an iota. From his appearance I could get that he was somewhere from Indian subcontinent. I asked him in Hindi – credit goes to Hindi films- where he is from. He replied ‘Bangladesh’. My eyes sparkled in ecstasy. I told him I am his fellow countryman. We exchanged greetings. His name is Quasem.

My countryman left the menu for me to choose a cup from there. I started reading the menu quite religiously as if I have an exam next day. Many types of coffee, some of which I have never heard of before. Despite that I chose one-Mocha Crush. Few minutes later Mr Quasem came and took the order. He asked me whether I want extra sugar or milk. I nodded smartly ‘ok’ (It was a clever attempt to hide my clumsiness). At this point I remembered one joke.

The French existentialist Jean-Paul Sartre was sitting in a café when a waitress approached him: “Can I get you something to drink, Monsieur Sartre?”

Sartre replied, “Yes, I’d like a cup of coffee with sugar, but no cream”.

Nodding agreement, the waitress walked off to fill the order and Sartre returned to working. A few minutes later, however, the waitress returned and said, “I’m sorry, Monsieur Sartre, we are all out of cream — how about with no milk?”

My waiter also came back few minutes later with a cup of coffee on a tray. There were also extra sugar packs, tissue paper, and a spoon. He left all these on the table. I took a deep look into the cup as if I were looking for some lost treasures. Nose tickling contriving smell was gushing forth from the cup in the form of vapor.

Everything that dampened my heart in that foreign land dissolved into the air with the unsullied flavor of Mocha Crush.

Before taking a sip I was thinking about the taste. What if the taste doesn’t complement the flavor? Ok, let me tell you another joke.

A man went to a café- just like me.

He asked “Waiter! Did you bring me coffee or tea?”

The waiter asked “Can you tell the difference?”

The man replied “well… no…”

The waiter said “Then it shouldn’t really matter.”

Thanks God. It didn’t happen with me. I ventured the first sip. It was excellent.

Next day I went there again. This time I chose my own place. I looked around for someone to get me the coffee menu. By this time I decided that every day I would try all kinds of coffee available there.

After few minutes a man approached me. This wasn’t Qusem vai. He smiled and I also reciprocated in the same way. He asked me something in Arabic and again I didn’t hesitate to fail me in understanding those. I congratulated myself in my mind for this. This time I started conversing with him in my language ‘Bengali’. He stopped me in the middle of my precious speech and asked-

‘Konsa coffee chahiay barid or har?’ (What kind of coffee do you want ‘cold’ or ‘hot’?) Fortunately by this time I picked some Arabic words.  Among those were barid (cold) and har (hot).

I thought for a second and said ‘I want cold coffee.’

Then he said, ‘Choose one from the menu.’

I choose Coffee Toffee Crush and of course it would be cold one.

His name was Salam- a man from India. Mr. Salam went back to bring my cold coffee.

Leaning against the back of the sofa I started thinking about something. A joke on cold coffee came to my mind then.

A man in a café shouted at the waiter

‘Waiter this coffee is cold.’

Luckily I got my cold coffee at the same price of the hot coffee.

I have a habit of sitting at the same place for hours. It happens occasionally when I get engrossed in reading books or magazines of my interest. My mom often gets vexed at this attitude when she finds I missed my breakfast and about to miss my next meal. What would you call it ‘readaholic’? In English there is a word ‘bookworm’ but I can’t take this word. I am a bit allergic to worm. Whatever……

A wife brings coffee to her workaholic husband.
Without taking his eyes off the computer screen, he takes a sip slams the cup down on the desk immediately.
Disgusted, he says, “You know I can’t drink coffee without sugar!”
She smiles, touches his shoulder and says, “Oh, honey, I’m so glad.”
“What are you talking about?” he asks, confused.
“Well this is the first conversation we’ve had in weeks!”

I have become obsessed with these coffee things. These days wherever I go around this KSA, two things that always get my maximum attention-one ‘library’ and another ‘coffee shop’. I am a bibliophile (sort of). But it doesn’t mean I read a lot. I read mostly the introduction, first chapter and blurb of a book so that when any knowledgeable fellow talks of it, I can interact. It gives people an idea that I am an egghead!!! Trust me about coffee there is nothing shadowy.

One day my cousin Azam asked me whether I know anything about Starbucks. I said I have heard the name. It’s a famous chain coffee shop all over the world.  He gave me some information which I found quite interesting. He also told me that in Riyadh and Jeddah there are some branches of Starbucks.  I decided then and there that if I could go to Riyadh and Jeddah I would be there in Starbucks for sure. And I did it within two months. In Riyadh with my colleague Mr. G.H. Habib and in Jeddah with my cousin Azam, I visited Starbucks and tested some of their nicest cups.

Patiently I drink my tiredness

Overloaded by work for hours

Overstressed by thoughts in plenty

The body and the mind

And show their thumbs in arrogance.

I, befuddled, take a glance at my watch.

Ticking sounds of it frightens me.

I shrivel thinking of the deadlines

That knock on my bolted door

Today, to night, at every hour.

Surely I can’t stop the time

But I can stop the tiredness.

I go to a cornered coffee table

Slowly I drink my coffee

Patiently I drink my tiredness.

Sorry, I didn’t mean to be saucy pedantic. Let me give you something lighter.

Where is my coffee?

Where is my coffee?

Tired now I am

Candidly speaking I have become very much fond of coffee. To enliven my lackluster moment the charisma of coffee is matchless. I can make a confession, coffee isn’t my addiction but somehow my life is caffeinated.