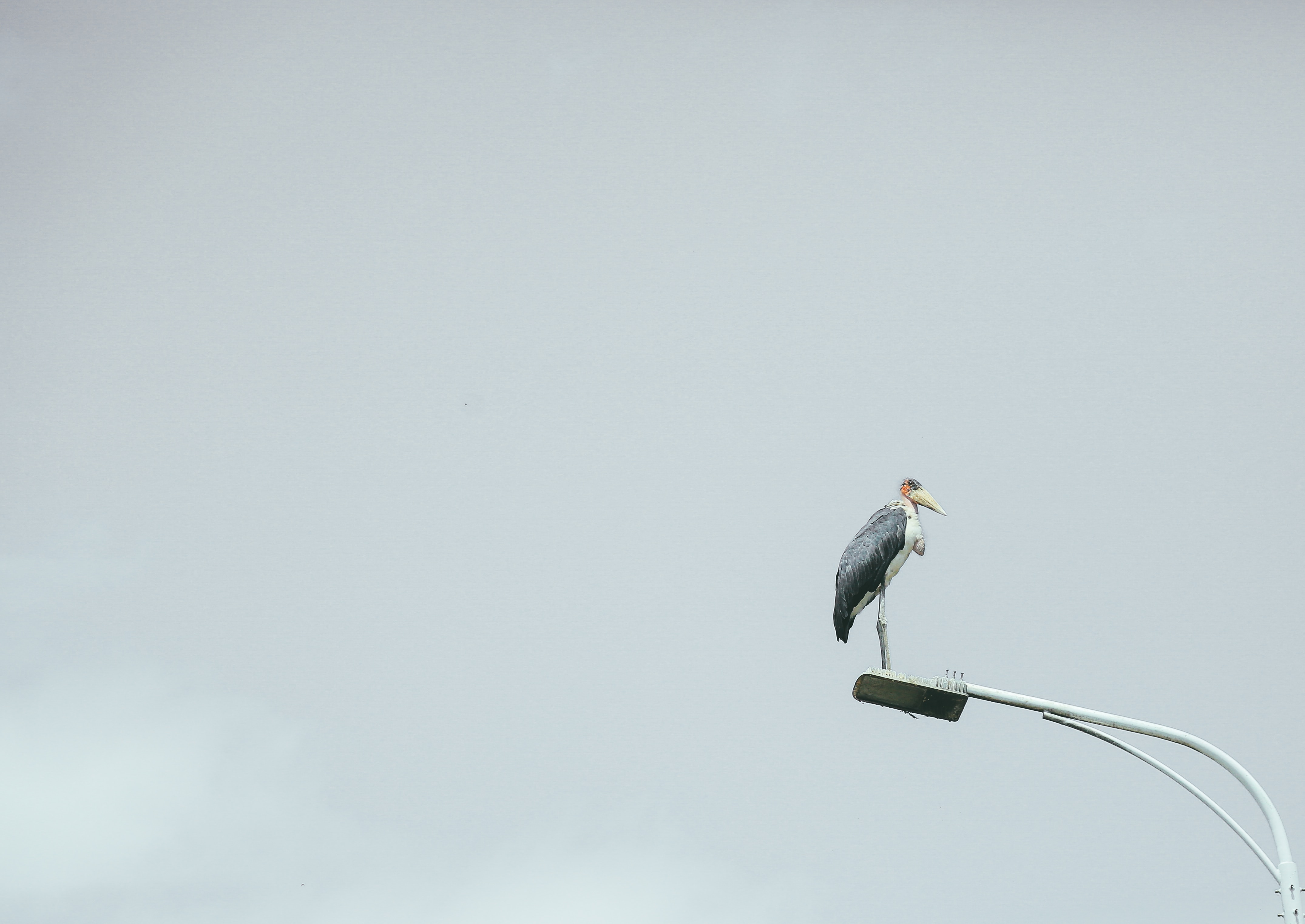 Even the crane has learned to adapt with the urban life!
Standing on the semi marsh land, fortified
with six feet cranky wall, the crane scavenges the urban waste
to get the taste of the scrumptious left over
from the modified modern kitchens of the downtown.

A threat to the long lived city crow, a symbol of the
municipal scavengers; the urban crane grows more a crow
with every nibble in the urban lust piled over by the city mayor
at the outskirts of the metropolitan.